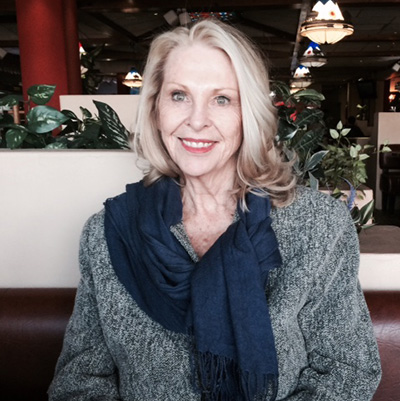 "Every person has a creative spark.
All you need to do is discover it."

From the age of 9 Cheryl was greatly influenced by her mother's tapestries, detailed in gold and silver thread. Using her mother's pastels she started doing portraits, which she still does today, but now in watercolours and mixed media.

After completing a Diploma in Art at the Natal Art School, learning various commercial techniques, she went into Advertising, moving on to decoration of designerware. This gave her an opportunity to travel overseas and further her interest in design.

She joined the Watercolour Society of South Africa in the late 1970's and gained AWSSA & FWSSA in the mid 1980's. Since then she has exhibited in all major centres in S.A. and abroad.

She has received numerous highly commended awards from the WSSA and was proud to accept the GRAN-PRIX award in 2000 which only takes place every 4 years.

Cheryl enjoys the freedom of working in watercolours enormously: "It is a very alive medium to work in and sometimes the unexpected occurs which makes it even more exciting!" Lately she has been doing more "Collage", "Acrylic" and "Mixed Media" works.

"I would describe my work as a tapestry of interwoven thoughts of fantasy and realism, expressed through the medium of watercolour, collage & mixed media."

When the grandchildren arrived on the scene she decided to hire a venue to teach them and other children the creative process. It turned out to be the most rewarding of all Cheryl's art career. And as a grandmother of 5 she is proud of how they have now progressed with their art, and doing well with their projects at primary school.

Prior to taking a formal venue, she did many workshops away from home at different venues, mostly South Africa's beautiful country side.

In October 2014 Cheryl opened a Branch of the IWS (The International Watercolor Society) by means of a National & International Watercolor Exhibition held in Bedfordview, JHB. This IWSSA branch is affiliated to IWS Globe, of which there are 90 Countries, who have joined hands in creating the ideal of "Peace, Love & Harmony" through the Revival of Watercolors on a world wide basis. Cheryl has travelled to the Headquarters of IWS, Turkey, (where the Society was founded by Atanur Dogan) on numerous occasions, to participate in Workshops & Biennales. As current head of IWSSA branch, together with a few other Local Watercolorists, our aim is to Promote the Medium of Watercolors as a True Art Form recognized now locally & abroad!